Fresh & Saucy Foods is a modern family company, producing sauces and spreads under the customer's own brand name. All in respecting and complying with the severe food standards! What once started with horse and cart, in 1909, was transformed
into a leading producer of sauces. During 2005 the acquisition of an artisanal producer of cold spreads and fresh sauces was completed. At the beginning of 2010 the legumaise ® activities of Belgium's Vegetable Chef Frank Fol were integreted. With Fresh & Saucy Foods, the fourth generation, took over the activities of Culin'Arte. Accompanied by investments in the production lines of spreads and sauces, the future of an artisanal and independent family company is garantueed! 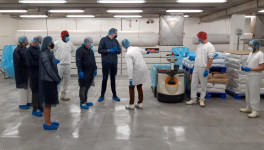 Herentals is historically known as the capital of the Kempen region, but today it also houses the European headquarters of Griffith Foods, a producer of herb mixes, sauces, marinades and coatings. 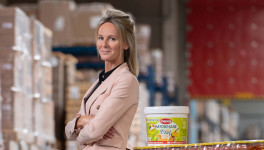 Sylvie Van den Broeck was 23 when her career started at Manna Foods. 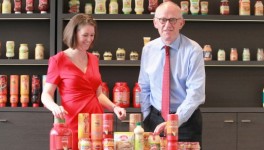 How do you recognize a Belgian abroad? They’re the ones asking for mayonnaise with their meals—the French joke with slight disdain over their northern neighbors. Belgians, however, are rightly proud of their mayonnaise and other condiments that give meals an extra tasty, personal touch. 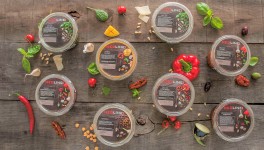