McCain is a Canadian family owned company founded in 1957. McCain Foods began a journey to become the world's largest manufacturer of frozen French fries and potato specialties. The business has grown significantly over the years and is now employing more than 20,000 people with global sales in excess of CDN$9 billion. McCain operates across six continents with 53 sites, working with local farmers McCain uses over 6.5 million tonnes of potatoes every year. McCain products can be found in thousands of restaurants and supermarket freezers in more than 160 countries - one in every three French fries in the world is a McCain fry. In addition to fries, McCain also produces other foods, including snacks, meals and vegetables for both the retail and foodservice industries. In Europe we have 9 potato production sites. They are located in France (3), Belgium (2), The Netherlands (3) and Poland (1). In Belgium we do supply customers in Retail, Foodservice and Quick Service. 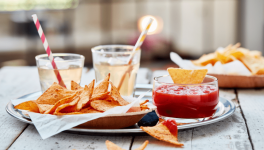 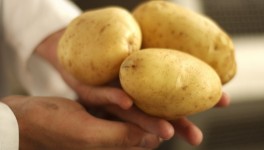 Remo-Frit, a potato processing factory in Beveren Belgium, uses potato peels coming from the potato processing to produce biogas: a very nice example of using a by-product from a food processing plant as a source of alternative energy which is paying for electricity that would otherwise be bought 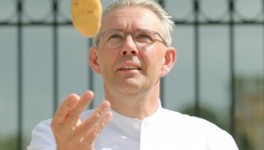 The potato is a superb product

Belgium is only a small stretch of land along the North Sea. Still, every day and every night 7,500 farmers are growing potatoes there. Planting them, digging them up, keeping them cool, testing and comparing their tastes, improving their growing process.